Tony Hand To Retire At End Of Season 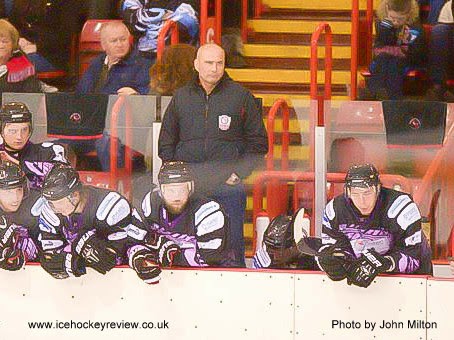 The unique British ice hockey talent that is Tony Hand will hang up his skates at the end of the current season after a senior career of almost 35 years to concentrate on coaching at EPL side Manchester Phoenix.


Tony made his senior debut for Murrayfield Racers in 1981 at the age of 14 and went on to become the finest player this country has ever produced.
He was drafted by the Edmonton Oilers' in 12th round (252nd and last overall) of 1986 NHL entry draft – the first British player to do so – and iced alongside Wayne Gretzky and Mark Messier.
He rejected a contract to play junior over in the States and their loss was Britain's gain.
Returning to the UK, his legacy and ability to be there at the right time and provide a killer pass was homed.
He won the Heineken League Premier title with Murrayfield Racers that year and then went on to represent Great Britain Under-21's in Pool C of the World Championships in Denmark - winning a bronze medal.
Goals and assists flowed and Hand stayed with Murrayfield and then Edinburgh until 1995-6 season when he moved to Sheffield.

There, he was part of the Steelers side that won the playoffs in 1997-8 before he iced two seasons with Ayr Scottish Eagles (1999-2001).
In 2001, Hand's coaching career began at Dundee and he returned to Edinburgh to coach the Capitals (03-04, 05-06) which sandwiched a year in Belfast.
In 2004, Hand received an MBE for services to ice hockey and two years later was named as head coach of the Manchester Phoenix - and there he won the EPL League title twice and the EPL Play-Off crown.
He was also head coach of GB Men’s team from 2011-2013 bringing full circle a career for the National Team that saw him play in Pool A in 1994.
Tony Hand said:  “I'm leaving the playing side of the sport with no regrets and with some great memories,” Hand said. “I have enjoyed my career, given everything I have had and now I'm happy to move on to another chapter.


“This year has been tough for me but in any case you have to give new blood a chance and you can't do that with all us old boys hanging around! It will be sad to step off the ice, but I have to realistic and it will be exciting to not only concentrate on coaching but help the Phoenix' business too.
“More than 30 years as a pro is way too long but it has been very enjoyable. I have met so many nice people and have so many friends in hockey. I gave everything for every team I played for.
“Now I have to look forward to these last few weeks and getting ready for the play-offs and the run in. Then I will focus on next season and continuing Phoenix' success alongside Neil Morris.”
Photo: John Milton's spookily premonitary image of Hand running the bench in Manchester Phoenix's ECCN cup game at Blackburn Hawks earlier in the season - www.eventog.uk
Posted by Paul & Lucy at 23:29