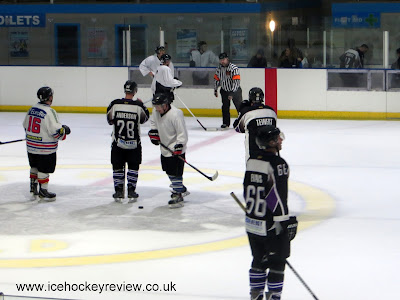 On a night when the Widnes Wild NIHL team got shut out 9-0 away at Blackburn and the friendly between Whitley Warriors and Kirkcaldy Kestrels got abandoned midway through the game, I would have to say that we were probably picked the best game to go to.  Ok a 19-3 scoreline tells its own story but I can honestly say that the performances on the ice were a lot closer than the numbers suggest.


The visiting Rhinos battled throughout – even once it was obvious that the game was beyond them -and only in the latter stages did it get a bit niggly and the penalties started to mount up. Referee Mr Hamilton was officiating the game on his own and did a very good job in keeping everything under control. He didn’t out up with any nonsense from the players and we had several misconduct penalties for arguing about decisions or hitting the boards in annoyance. In fact, I have never seen quite a referee’s hands go to his hips quite so often in a game and if more referees did this, a lot of the niggling that build up in games at all levels would probably disappear overnight.


We even had the tense drama of a penalty shot – which the Rhinos’ player missed. These happen so infrequently that I couldn’t possible tell you when I last saw a penalty shot awarded during a match. I could tell you when the first one I ever saw was – so rare as they are – but that can wait for another occasion.


I can’t go into specifics because I don’t have the gamesheet and they didn’t have a match announcer so I can’t be sure of who scored what but this was a very solid all round performance from the Riverside Raiders who are in their first season of competition.


From my own point of view, this was actually the very first item that I had actually seen a “Manchester” team play ice hockey, believe it or not. I have seen Altrincham Aces and Trafford Metros numerous times over the years but - for one reason or other - never got round to seeing Manchester Storm, Phoenix or Minotaurs.    Also, just off the top of my head, this is probably the highest scoring game that I have been at since watching Peterborough Pirates beat Grimsby Buffalos in the halcyon days of the British League in 1984.


There is more recreational ice hockey at Silver Blades Widnes next Sunday when Widnes Wildcats take on group leaders Grimsby Ice Bears in their last group game in the Northern Rec Hockey Cup in a 7.30pm face off.


The day before the Wildcats are in action at iceSheffield in the Summer Cup play offs. They play Whitley in the second semi-final at 11am and the final is at 6pm.  Admission is free for what should be good day of hockey.
Posted by Paul & Lucy at 20:50 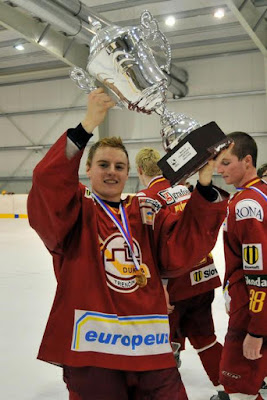 The Dragons will be looking to “raise the bar” next season, after the capture of prolific forward Adrian Palak from Romanian side Dunarea Galati.
Palak, 25, collected a remarkable 75 points in just 25 games last year – including 38 goals - as he led his side to the Romanian league title.
Dragons boss Lol Paul has been tracking Palak for much of the summer, as he builds a squad capable of challenging for the Laidler Conference title and the Deeside chief is delighted to have finally got his man
He said: “Bringing Adrian on board has taken much of the off-season, but last week we got together and agreed a contract for him.
“He is a great player and last year really came into his own in Romania. I think he’ll be a great player in this league and raise the bar for us.
“Alongside Filip Supa, Adrian is another guy who will provide a statement of intent for The Dragons. We want to give the fans a great season.”
Although still relatively young, Palak will be handed a senior role at Chester Road, in a dressing room that is already “full of leaders”.
He spent much of his early career with HK Dukla Trencin in the Slovakian under-20s league, before moving to France and then back to Slovakia.
Paul believes his team-building strategy will pay dividends during a lengthy NIHL campaign.
He added: “Adrian is only 25, but he’s played in several good leagues during a short career. Wherever he’s played, his stats have usually been over a point per game.
“Like many of our other players, he will be able to pass on that experience to the rest of the team. As I have said before, I want a dressing room full of leaders.”
Posted by Paul & Lucy at 20:08

The London Haringey Racers have today announced that the Charity they will be sponsoring for this season is 'The Spinal Muscular Atrophy Trust' (SMAT). This charity is close to the hearts of Racers owners Dave and Verity Richards, as their baby Ruby died of this disease in April
this year.

This information comes from the SMAT itself and explains a bit about the disease : -

“What is Spinal Muscular Atrophy (SMA)?
Children born with the inherited condition called Spinal Muscular Atrophy (SMA) lack a gene which sends messages from their brain to muscles around the spine that control moving and breathing. There are 4 types of SMA that vary greatly in severity. In its most severe (and common) form, SMA is the leading genetic killer of children under 2. Improvements in care mean that people with milder forms of the condition are living much longer but many are never able to walk and the progressive nature of the condition means that their muscles become progressively weaker over time, leading to greater risk of severe respiratory problems. Although SMA is still classified as rare, there are around 2,500 people in the UK with the condition and 1 in 40 of us is a carrier (1.5 million people). There is currently no treatment or cure for SMA.”

Find out more by going to http://www.smatrust.org


Racers owner returns to the ice


London Haringey Racers have today announced that owner Dave Richards has signed to return as a player this season following nearly a year out of the game.

"Training so far has been hard work but rewarding and its been great to be back in the room with the boys, some old faces and some new. With 2 seasons now under our belt, we have a great coaching team in place and a great roster of players and this could well be our year".

Davies Back For Deeside Dragons 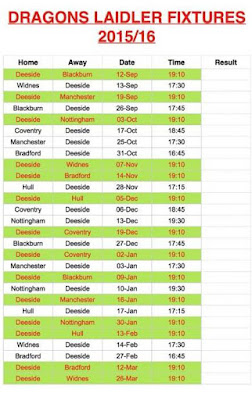 
A season-long pass, which covers all home league games, will cost £65 for adults – the equivalent of just over £4.60 per match.


Children under 16 and OAPs will pay £32 for season tickets – a price that works out at around £2.20 per game at Deeside Ice Rink.


Family season tickets, which cover two adults and two children, are set to cost just £145 – the equivalent of just over £10 per family. 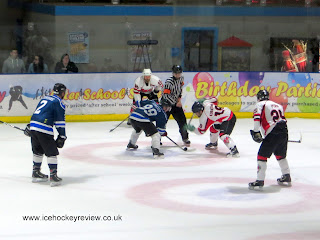 Following their long away trip to Hull and back on Saturday night from whence they came back with a 6-9 victory, there must have been few tired legs in the Wildcats camp - and that unfortunately showed in the early stages of the this "big cats" encounter with Sheffield Ice Tigers.

We actually missed the first 10 minutes and were surprised to find the visitors winning 0-5 upon our arrival. That became 0-10 by the end of the first period and everybody seemed a little shell shocked to say the least.

The second period started in much the same vein with the Tigers scoring 3 more goals before the Wildcats finally broke their duck with a strike on 29th minutes and it ended 1-15 after two periods.

There must have been a very good team talk in the Wildcats' dressing room during the second break as they came out on fire for the third period. They fought for every puck and didn't give up until the final buzzer. The period score was 2-2 - a draw but if it had been a boxing round I'd definitely have given to the Wildcats for their guts and determination.

So, in all a very entertaining game - if a little one sided at times - but you can't really complain at game that has 20 goals in it and lots of end to end action.

The Wildcats are at home next on Sunday 16th August when they take on Manchester Rhinos in a 7.30pm face off.

You can find out more about the Widnes Wildcats on their website www.widneswildcats.co.uk
Posted by Paul & Lucy at 10:24 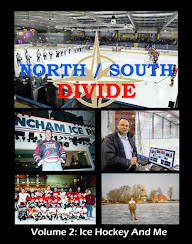 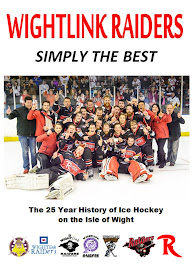