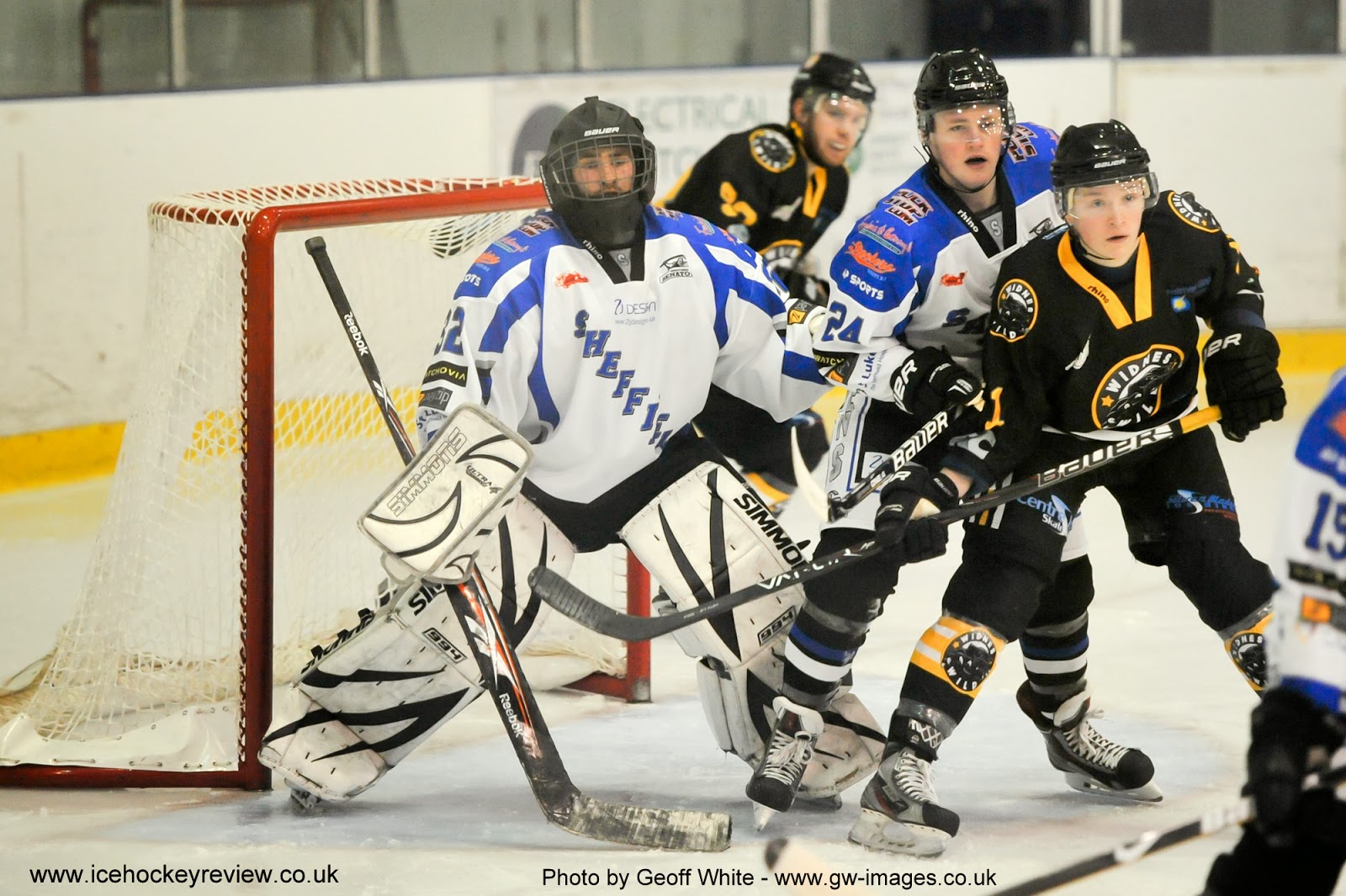 
Wild saved their most disappointing performance of 2014 for their greatest travelling support , on Saturday night. Around half the sparse crowd were supporting the Wild. After Chris Preston broke clear in the 3rd minute only to see his shot saved , Senators opened the scoring in the 6th minute. Sheffield hit hard on the break and were three goals ahead inside fourteen minutes. Only a series of brilliant saves from Wild netminder Steve Gilmartin kept Senators at bay.


Bobby Caunce scored the goal of the game for Widnes at 28.30. He was sent clear from his own blue line by  Ratcliffe and Evans, fending off chasing defenders to slot in by the left hand post.


A third period goal from Shaun Dipnall at 48.35 was Wilds only other score. He took a long pass out of defence to skate on to fire a low shot past Robert Browne.


In an error strewn game, Wild never reached the heights of recent weeks. The team lacked energy and indecision in defence led to several avoidable goals. Netminder Steve Gilmartin deservedly took the MVP for the visitors - several remarkable saves being highlights of a lacklustre performance. 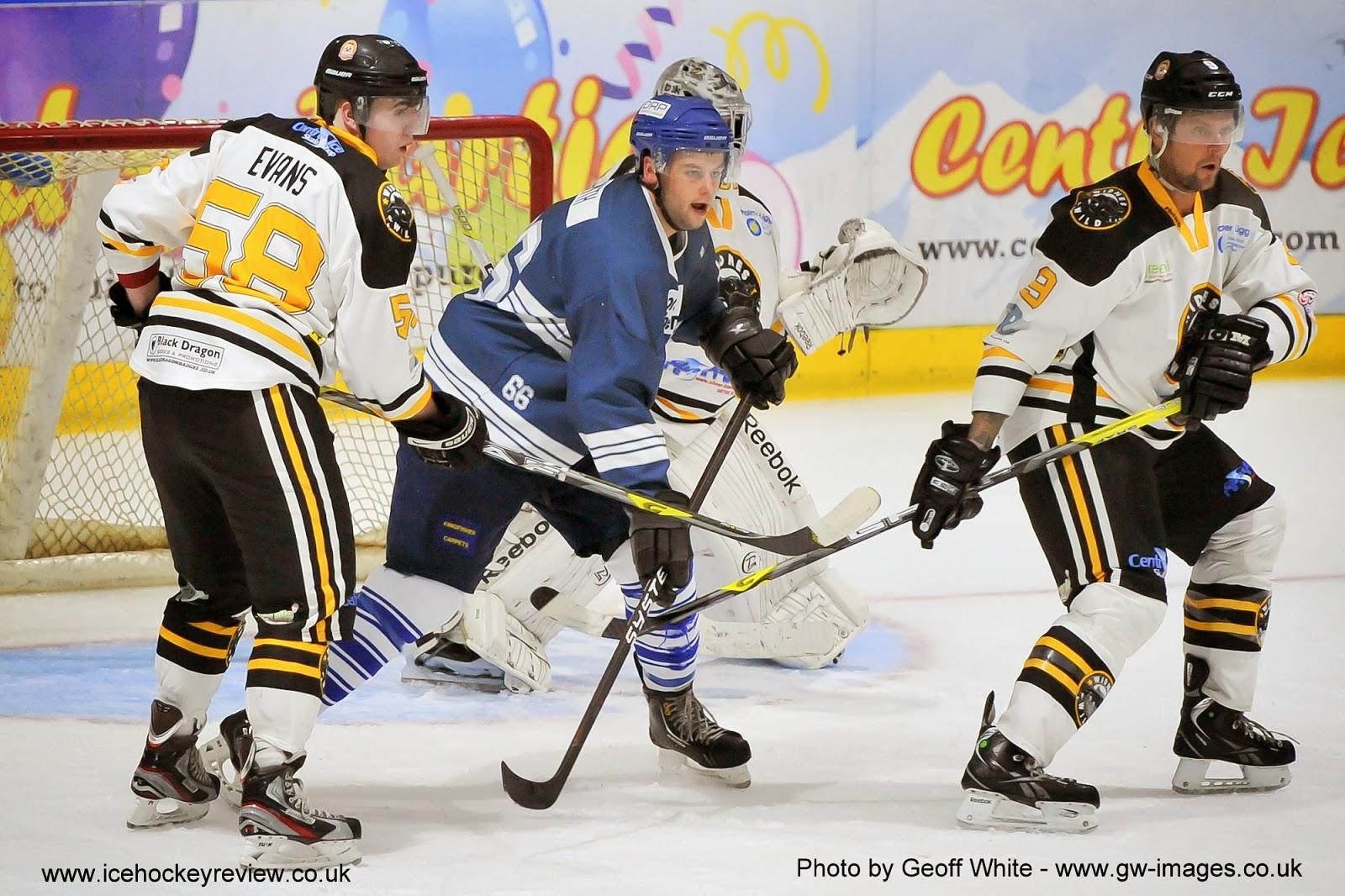 
This was a much improved performance from Widnes. The only line up change was Geoff Wigglesworth for unavailable Dan Bracegirdle. Coventry, making their first visit to Silverblades, were shortbenched but featured a strong skating line up.


The game started at a furious pace with end to end action. However it was Coventry who took a fifth minute lead - Josh Nicklin scoring with an angled shot from the right of the net. Sustained pressure from the Wild kept Blaze netminder, Connor Ranby,  busy. Frantic action round the Coventry net was matched by some resolute defending. The speedy Coventry forwards broke clear in the 14th minute for German captain Philip Pollock to add a second goal. Widnes reacted strongly but just two minutes later controversy entered the game.
Geoff Wigglesworth attempted to take possession in the corner when challenged by big Blaze defenceman Thomas Pease. Wigglesworth fell to the ice and eventually got to his feet with facial cuts. A high sticking call saw Pease ejected from the game and an early interval to enable the ice to be cleaned. As the game resumed, sustained pressure from the home side, should have seen a Widnes opening goal. Several excellent saves from Ranby and a desperate poke check kept them scoreless. Controversially the puck entered the Blaze net but was ruled out by referee, Blaine Evans.


After the teams changed ends, the tense contest continued ,Widnes eventually getting on the scoreboard. Young defenceman Tom Jackson firing home from an acute angle. Minutes earlier Callum Ruddick's long range effort was ruled out for offside.As on the previous evening Steve Gilmartin's agility kept out a number of Coventry shots.


The third period opened with further Wild pressure and a fine snap shot from Wigglesworth narrowly missed the top corner of the net. Eventually an equaliser came in the 46th minute - the puck finding Shaun Dipnall in front of the net and the forward shooting insine Ranby's right hand post. The goal lifted another big Widnes crowd and a home win looked a distinct possibility. Both teams battled for ascendancy but it was the visitors who got the vital third in the 51st minute. A great break up the ice saw Louis Brindle fire high into the net. 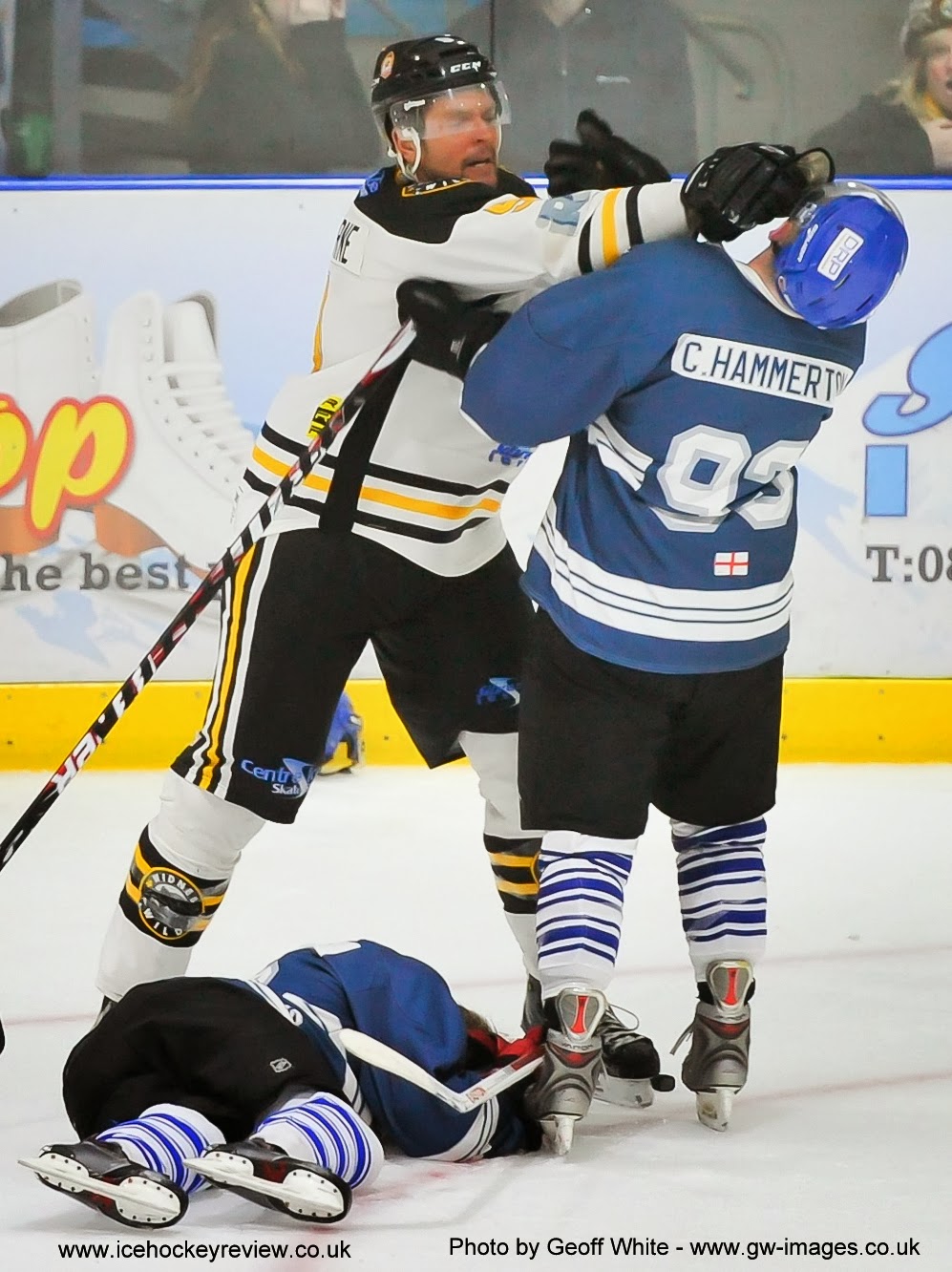 As the home side battled for the equaliser and with both teams tiring , Charlie Hamilton got the vital fourth for the Blaze- a high shot from the blue line beating Steve Gilmartin. Following an altercation at the Widnes end big Tony Melbourne was dismissed for striking an opponent in the 56th minute. Blaze took advantage of the extra man to add two further goals to give the score a one sided look.


This was a much improved show against third placed Blaze. The big crowd appreciated a strong team effort from Wild. They are at home again on Sunday 16th March ( 18.45) when local rivals Deeside Dragons are the opponents.


The Wild annual Presentation Night takes place in April at the Ford Social Club. Fans will be welcome to attend, have supper and meet the players. Full details and tickets are available on match nights.