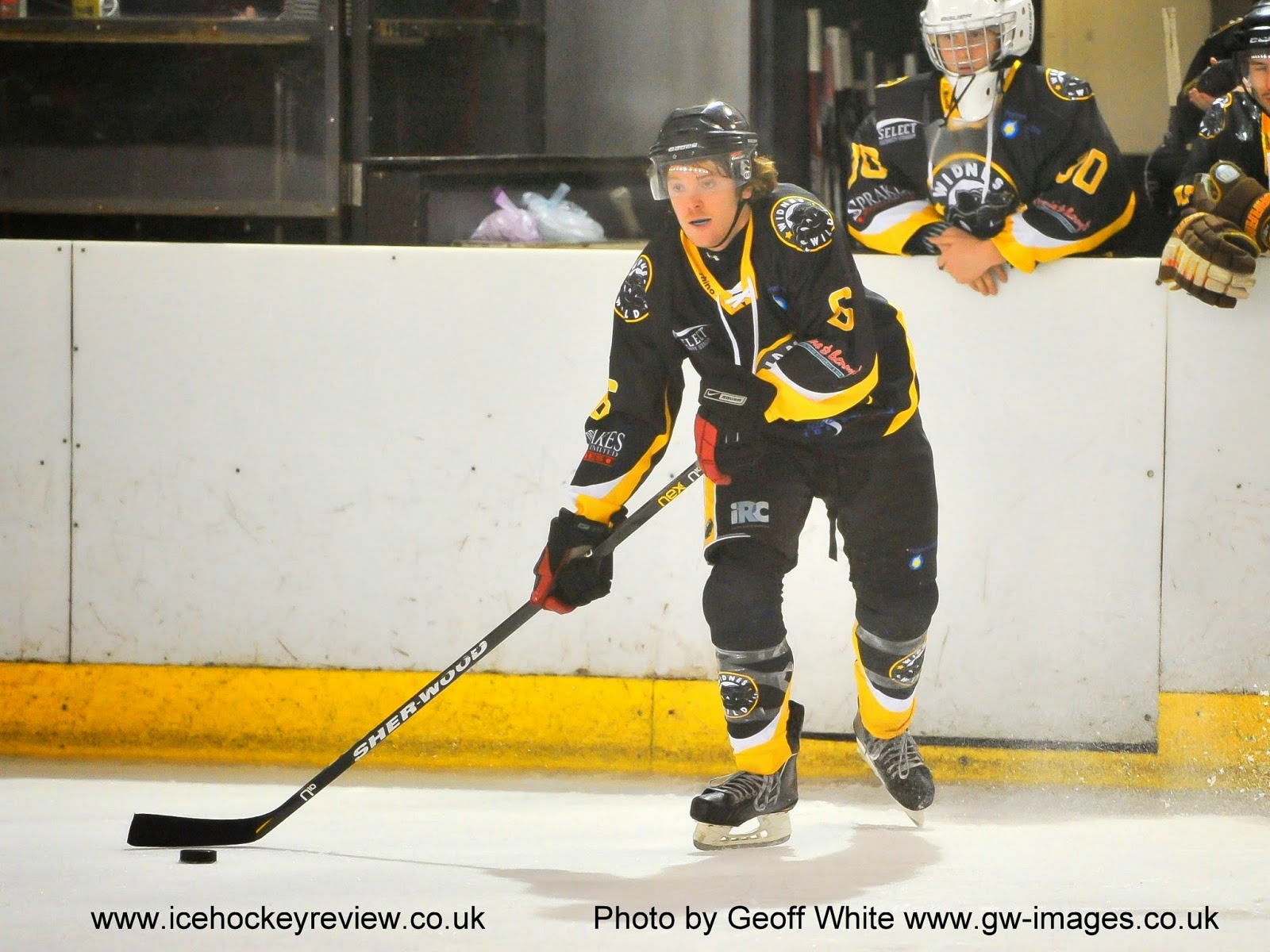 Widnes travelled to Bradford for their latest league fixture against the Bulldogs. Heavy motorway traffic caused a late arrival of the team coach at the rink. Wild were without Bobby Caunce, Geoff Wigglesworth and Tom Ratcliffe and Greg Ruxton was netminder for the vital Trans Pennine fixture. Young Sheffield Steeldogs Academy netminder, Josh Benstead took his place on the bench as back up.


The game opened in lively fashion with Myles Dacres the junior international, leading the Bradford forwards as they rained early shots in on Ruxton. Wild breakaways from Supa and Dunford almost brought the early goal. Both sides took minor penalties in the 10th minute. With Bradford down to three skaters, Filip Supa fed the puck to Sam Dunford who fired home an opening goal for Wild, with an angled shot at 10.38. Within two minutes Widnes doubled their lead, Ben Brown and Shaun Dipnall feeding Dan Bracegirdle. The defenceman fired a rising angled shot from the blue line, high into the Bulldogs net. Wild continued to dominate and spurned a couple of good chances


Within two minutes of the second period opening, Tom Jackson and Matt Wainwright set Filip Supa up for a third goal at 21.12. Three goals in under a minute from 26.58 saw Wild take complete control of the game. Chris Preston was the first scorer, slotting home a measured cross ice pass from Supa. Within seconds Sam Dunford struck again after Kieron Strangeway's pass put him clear. Ben Brown added a sixth from close in on the right after some fine work from Bez Hughes.Shaun Dipnall added a 7th goal for Wild crashing home a rebound off the netminder at 29.54. Maybe a touch of complacency crept in but Bradford got back into the game in the 37th minute. Outstanding forward Myles Dacres broke clear before forcing the puck past Greg Ruxton and taking the net off the mounts at 36.48. Within seconds he had added a second goal, finishing well from close in.


Wild coach Mark Gillingham, took the Widnes travelling support by surprise by giving young Sheffield netminder Josh Benstead his debut for the third period. After a couple of confident blocks
he was unlucky to concede the third Bradford goal, when Corey Stones took a pass out on the boards and fired a low shot from a seemingly impossible angle into the bottom right corner at 41.36. This spurred Wild back into intense action. They took firm control, replying at 43.02, Shaun Dipnall netting from a Sam Dunford pass. Within 30 seconds Filip Supa put the visitors further ahead with Dipnall the provider.

Dan Bracegirdle scored his second of the night with a low shot after good work by Ken Armstrong and Preston. This prompted a netminder change for Bradford, Matthew Fox replacing Jake Higham. Fox was soon in action but he couldn't keep out a Filip Supa solo effort at 46.39. Kieron Strangeway crashed home a twelfth in the 55th minute with Lee Pollitt wrapping up the scoring a minute later. Both goals were assisted by the irrepressible Sam Dunford who deservedly took the MVP for Widnes.


The game saw Wild playing with much more confidence against potentially tricky improving opponents. Thirteen Widnes goals were shared amongst eight different players with another four adding assists. The stop start fixture list has not helped team cohesion but the team return to home ice for a potentially exciting fixture against Hull Jets on Sunday - face off 18.15.


Coach , Mark Gillingham , was full of praise for his team's resurgent performance ' the team realised their true scoring potential and we hope to see the Widnes crowd backing us to the hilt in Sunday's match against Hull'.
Report by Dick Gillingham