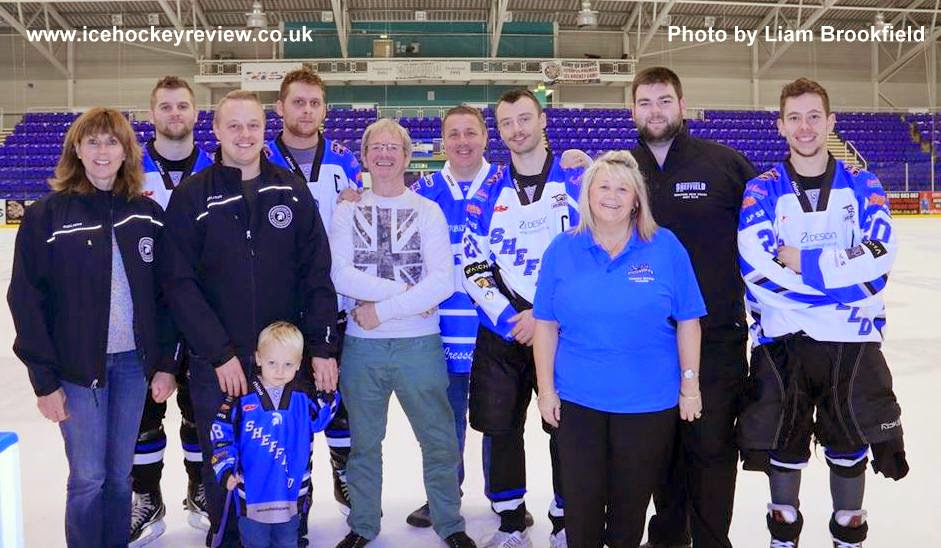 The respective Team Managers, Lynn Faber of Spartans and Barbara Walker of Senators this week took time out to share their hopes and expectations for our inaugural Sheffield Winter Game  and what it means for Sheffield Ice Hockey…


Expectations, hopes and dreams, the future…This game is not just a game to all involved; it’s something special, something to build on and grow with…Sheffield have always had strong connections with their teams, it’s one of the things I love about the hockey and connection we have. Right from the days of Queens Road; everyone knew everyone and the family feel has been tangible.


The game on the 27th December is bringing some of that together, with a game of hockey, that will be, no doubt about it a tough affair with both teams wanting to hold the trophy for the first time. The buzz of excitement around the game, sharing on Facebook, the chatter around the rink, the ideas and agenda all coming together now in the final stages of organisation is extremely exciting to be part of. Everyone involved up to now has done above and beyond already what was discussed at our first meeting. Our target crowd of 500 supporters may have seemed like a pipe dream to some in the early days, now we feel it’s almost an understatement.


Of course I will be looking for a Spartans win but I have known the players from both teams for far too many years to remember, they are all great lads, who have over the years played for a team I’ve had an association with, and that’s something special in itself. Bringing all this together is just fantastic. I personally can’t wait for the game, I am excited, anxious, nervous, but as with everything, if you’re not, you shouldn’t be doing it.


For the future, I hope it’s a huge success and becomes an annual event at Ice Sheffield over the Christmas period. Let’s become something other teams and leagues talk about….Lynn Faber As the Senators Team Manager I am very excited about the Winter Classic, it will be a great game of hockey played with true Sheffield passion; a passion that runs through right through from the juniors up to our two senior teams.


At the start of the season this fixture was on neither team’s calendar, but ever since it was agreed to play each other it is slowly building expectations of being a very competitive game.


Looking at the two teams on paper the Spartans should be the favourites, but the Senators team I manage and know so well are having an exceptional season and if they continue playing with their true grit determination and passion attitude anything can happen. We are a hustle quick and never quit team, but we are a family and this brings the best out of each other, we play with heart and as a team.


There is no limit to what can be accomplished and only the day will tell this, but I am sure the fire will be burning in our boys bellies and we will go out there for the win, but at the end of the day so long as everyone goes out there, plays their best and enjoys the game then that’s all we can ask for. It promises to be a great game and one to enjoy for any ice hockey fan, regardless of which team they support.
Report by Phil Holden
Photo by Liam Brookfield
Follow all the news in the countdown to the first ever Sheffield Winter Classic HERE
Posted by Paul & Lucy at 21:37